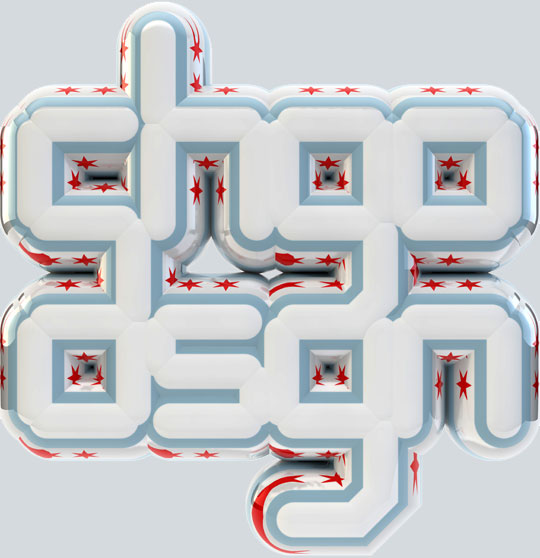 We are thrilled to announce the opening of CHGO DSGN: Recent Object and Graphic Design. Curated by Rick Valicenti. This exhibition celebrates the work of more than 100 of the city’s leading designers, and will run May 31– November 2 at the Chicago Cultural Center.

Chicago has long been regarded as an international center for design, and this retrospective celebrates the region’s creative and innovative spirit. Join us for a public reception in Exhibit Hall on Friday evening, May 30, from 6–10pm.

Valicenti comments on the show: “Chicago design is alive once again and on display for the world to see. Almost a century ago, Chicago designers were at the epicenter of print. A few years later, Chicago was home to the New Bauhaus, and in the 70s our designers championed international modernism. Today’s designers are reverberating with inspiration from storied times as they amplify Chicago design’s future.”

Surprise, invention, and risk run through the 200+ works on display. A broad range of endeavors are featured from functional objects to theoretical proposals. Highlights include the DIVVY bike naming and graphic identity program by IDEO and Firebelly, the world’s thinnest watch from Central Standard Timing, an exhibition catalog for the Art Institute of Chicago by Studio Blue, some of the best Kickstarter-funded initiatives such as TIKTOK by MNML design director Scott Wilson, an open-source international library of icons called The Noun Project, and product designer Steven Haulenbeek’s collection of bronze bowls cast in the ice during this winter’s frigid polar vortex. 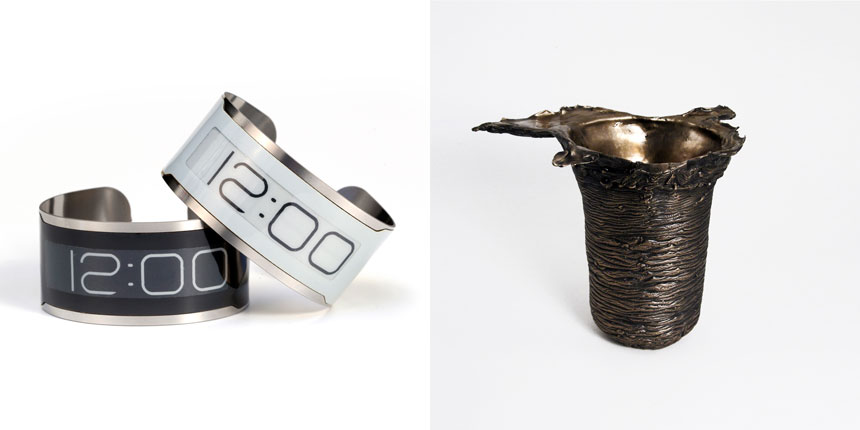 Above: An elevation from the exhibition featuring work by Plural, Jonathan Nesci, Cody Hudson, and Tim Parsons.

The next generation of Chicago designers are featured as well, including the delicate utensil designs by Martin Kastner for Alinea, publications designed by James Goggin, an experimental book by Plural, a sonically-activated animation by John Pobojewski of Thirst, the radical designs by Materious, audio-generated posters for the Poetry Foundation by Sonnenzimmer, public works by the designers from the Museum of Contemporary Art, and a conceptual study for typography made with water by Matt Wizinsky. 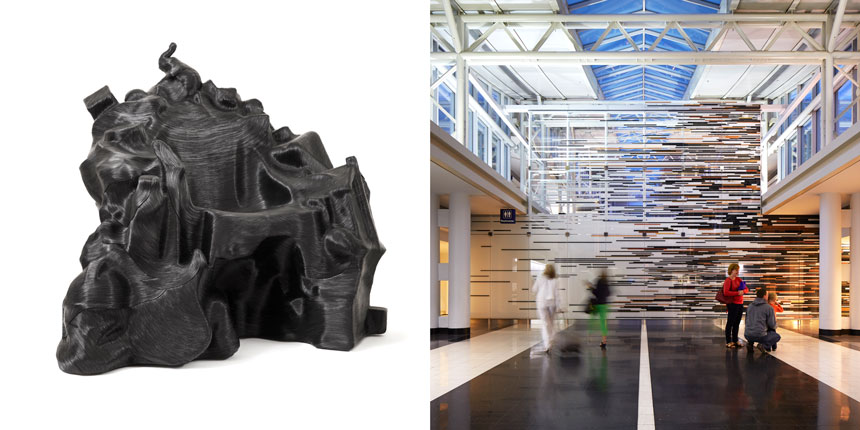 A selection of works will have their Chicago debut, including a limited edition bronze chair by furniture designer Jonathan Nesci, a bookshelf by Felicia Ferrone, a sculptural leather chair by Jay Sae Jung Oh, a film using an experimental microscopic camera by Leviathan, and an incense-burning skull by Cody Hudson.

"… [The portrait] is an homage to Richard Avedon's famous portrait of the Chicago Seven... which included Abbie Hoffman, Jerry Rubin, Tom Hayden. Each made their radical presence felt and revolutionary voices heard just outside the Cultural Center on Michigan Avenue in 1968."

CHGO DSGN will also feature custom displays designed by Tim Parsons, Associate Professor of Designed Objects at the School of the Art Institute.