When was Columbus Modern?

The word “modern,” according to Webster’s means “of, related to, or characteristic of the present or immediate past.” And yet the modern architecture and design for which Columbus, Indiana is justly famous, was inaugurated by Eliel Saarinen at the First Christian Church in 1942! (Visitors will know the building from its gridded façade and 166 foot, geometric tower.) Other modern buildings in Columbus include the glass-framed Irwin Union Bank (now Irwin Conference Center) by Eero Saarinen (64 years old), and the red brick and concrete Cleo Roger Memorial Library by I.M. Pei (49 years old). The designer Paul Rand’s iconic, dancing C’s logo for the Columbus Visitor’s Center from 1974 just turned 44!

Are these buildings and designs still modern, or should they be called old, or middle-aged?

Modern architecture began in Europe during the first decades of the 20th Century. It was called modern because it served new needs, was up-to-date in engineering, and didn’t resemble anything that came before. This was intended to be a style-less architecture that responded only to purpose or need. Some of the key names associated with it are the Swiss Le Corbusier and the Germans Walter Gropius and Mies van der Rohe. The latter’s famous catchphrase “less is more” (actually first used by Mies’ teacher, Peter Behrens) summarizes the belief of the modernists that the best architect is the one who designs least, and who permits function to dictate form.

In the United States, modern architecture and design wasn’t fully embraced until after the second world war, when a new, national confidence permitted a broad jettisoning of historical forms and traditions. From 1945 to 1973, the U.S. economy grew at a rate of about 4% per year, and economic gains were spread across all income levels, but especially to the lower and middle classes. During that generation, modern architecture in America came of age. Here is how one designer in 1946, who specialized in single-family homes, defined the new approach to building: “The plan…should be determined by need; the plan should [also] determine the exterior…which in turn should express the plan for all to see; aesthetic effects should be obtained by direct, efficient, and economical use of modern, technologically advanced, construction methods and materials. Order, fitness and simplicity should govern all phases of the work. (J. R. Davidson, Arts and Architecture, July 1946).

In practice, this litany meant that buildings – especially office buildings but also many homes – would be made of glass, steel and aluminum, materials newly available in great abundance due to the ramp-up of industrial capacity during World War II. In addition, it ensured that the structure of the building, including its gridded core of steel members, and its plan, would be visible from the outside through curtains of glass. That’s especially apparent in the Irwin Union Bank Building by Saarinen. And in the domain of graphic design, modern principles required restraint and concision, while still maintaining animation and eye appeal. Paul Rand’s design for the Columbus Visitors Center consisted of nothing but the letter C, in many colors, sizes and rotations. It was modern because it’s efficient, simple and direct. Once seen however, it is unforgettable, even though you can’t ever quite fix those dancing C’s in your mind! That why Thirst recently decided to make it the basis for lots of other Columbus area design, including street signs, transport infrastructure, architectural markers, flags, logos and other branding.

So, if Columbus started to become modern in the 1940s with the First Christian Church, remained modern in the 1950s and 1960s with Eero Saarinen’s Bank and Pei’s Library, and received a modern boost with Rand’s dancing C’s in the 70s; and if the city is still being modern today with Thirst’s reuse and reimagining of Rand’s original logo, what does modern even mean? Can you be both traditional and modern, old and new at the same time?

The answer is yes, provided that the values that underlie the first modern buildings and designs – openness, directness, and fitness to purpose – continue to be embraced and even expanded in the present. Openness for example, means more than simply exposing the plan of the building. It means being cosmopolitan, democratic, and welcoming to all. Directness means revealing the purpose of a building or a design without any subterfuge, so that it can be judged by the community as a whole. Fitness to purpose doesn’t mean ruthless efficiency. It means meeting the needs of users and not wasting limited resources (human and natural) on superfluities that are of benefit only to a few. If the people of Columbus, and its future architects and designers embrace those values, they will pay homage to the great modern architecture of their past -- and they will still themselves be modern.

Written by Stephen Wiseman, Professor of Art History at Northwestern and co-founder of the environmental non-profit, Anthropocene Alliance.

A Page from (Our) History

Uh huh. Its time for America's unique obsession: the Super Bowl! This time of year always reminds us of Thirstype's Orbit typeface design for Fireorb in 2003 and its continued use in the identity for the Super Bowl. Doesn't it just make you want to open up a beer, stuff your face full of chip dip, sit on the couch, and let it all hang out?

Below is Orbit in its original setting: as the identity for the FIREORB, created by the late architect Doug Garafalo. 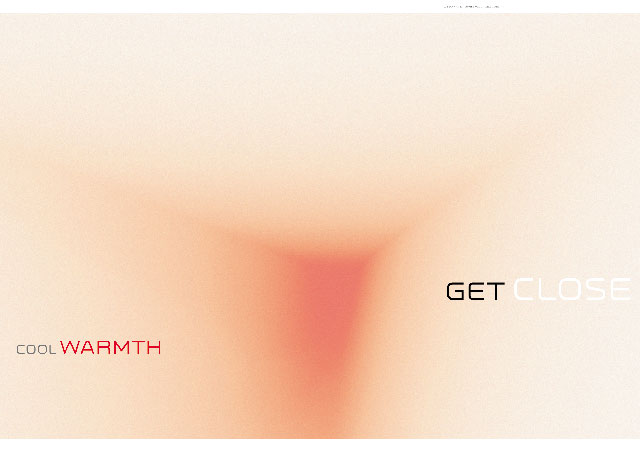 Last week at the corner of Dearborn and Monroe, Rick Valicenti, Robyn Paprocki and Baozhen Li of Thirst/3st were testing their construction skills by building the US exhibition at the Inland Steel Building Lobby.

US, Ark of the Archetypes: The Politics of Projection, explores 50 of the personas that the president embodies when he represents our nation. Stop by and see it during gallery hours, 10am-6pm Tuesday through Friday, through November 17th.

Better yet, be there with Rick on November 5th for a pre-election event starting at 6pm.