We’re pleased to announce our participation in The Society of Typographic Arts (STA) Archive11 program. With Bud Rodecker / 3st and Rick Valicenti / 3st leading the design, we set out to elevate the archive event, connect it to the Chicago Design Archive (CDA), and increase participation.

We want to emphasize the stability and continuity of CDA. Amid the insecurity, instability, hiring/firing, questions of income and rapid change, the CDA provides an unchanging unsurpassed standard of craftsmanship, insight and beauty of work, while the STA provides a safe haven for personal relationships.
—Bob Zeni, Chairman of Archive11

We’re incredibly proud to be part of Chicago’s design history, and the Archive event provides a chance for all Chicago-area designers to measure up to the masters of Chicago design.
The Archive competition gets a new patina every year, so we started our process by looking to increase participation in the Chicago community. With the help of this year’s tremendous sponsors the Society of Typographic Arts was able to dramatically cut the cost of entry.

We selected a diverse, accomplished, and discerning set of judges including: Stefan Bucher, James Goggin, Robert Petrick, Paul Sych, and Nancy Skolos. Their selections will be displayed for the Month of October at the Harrington College of Design Monroe street galleries. In addition, we created two new awards to recognize the best of all the accepted work.

Our visual statement for Archive11 is one that emphasizes the STA’s connection to the CDA. We designed a trio of commemorative posters that feature a list of every designer ever inducted into the CDA. A selection of 33 pieces represent the best of class work from each decade, including 12 collectible designer cards, variations of which will be sent via mail to those on the STA mailing list.

Posters will be available 21 July at the Gig Poster show + Sale, as well as at all the events surrounding Archive11.

Enter your work now, the deadline is 23 July.
Go to archive.sta-chicago.org for more information 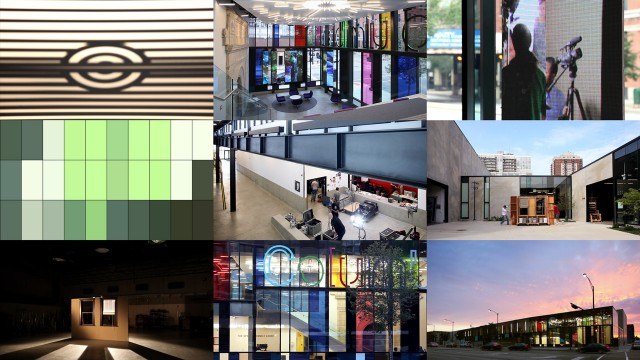 We are excited to announce a partnership with Hedrich Blessing in a new series of short architectural films we refer to as The Moving Image. Hedrich Blessing, home to history’s most important architectural photographers, now combines their unparalleled view of space, composition, and lighting with 3st’s unique vision in direction, editing, and sound design.

To date, The Moving Image 01 has generated a lot of interest online from several feeds including
e-architect. Stay tuned for the second installment within the next few months. 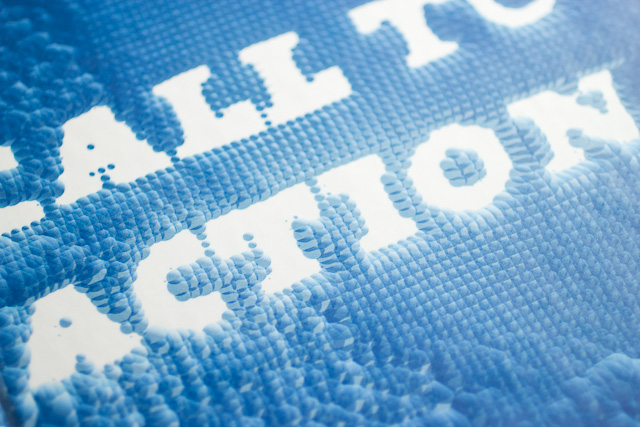 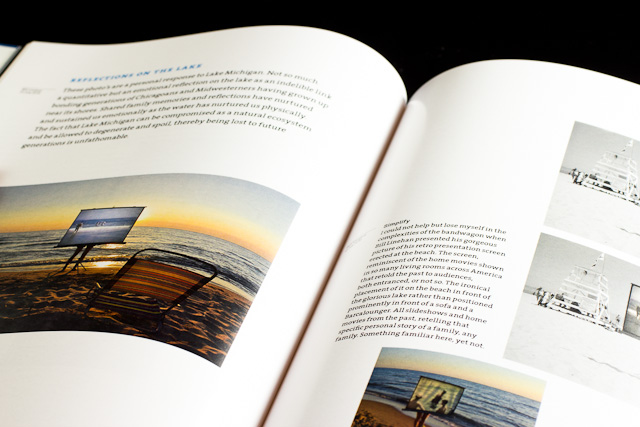 Catalyzed and very prolific, the Moving Designers created inspiring site-specific, multi-media projects which were conceptually one with the subject: downtown data projections, frozen water messages, a Google flight from Lake Michigan to the Gulf, water murals, and a poster campaign… Water was also personified through Twitter exchanges between the The Chicago River, Lake Michigan, and City Hall called “We Really Need to Talk.”

The intervention ended with big splash March on Water, a police-escorted parade from the original Water Tower on Michigan Avenue to Oak Street Beach complete with their very own mascot – “The 2 Billion Gallon Man.” Projects and speaker presentations are available on the workshop blog and ItsOurWater.org

Moving Design is a coalition of designers and artists, working with community partners, leading initiatives that inspire change through the power of design. We use creativity as a catalyst for change, moving our community to action.

A comprehensive record of Call to Action is now available as a Blurb book!
More images after the jump. 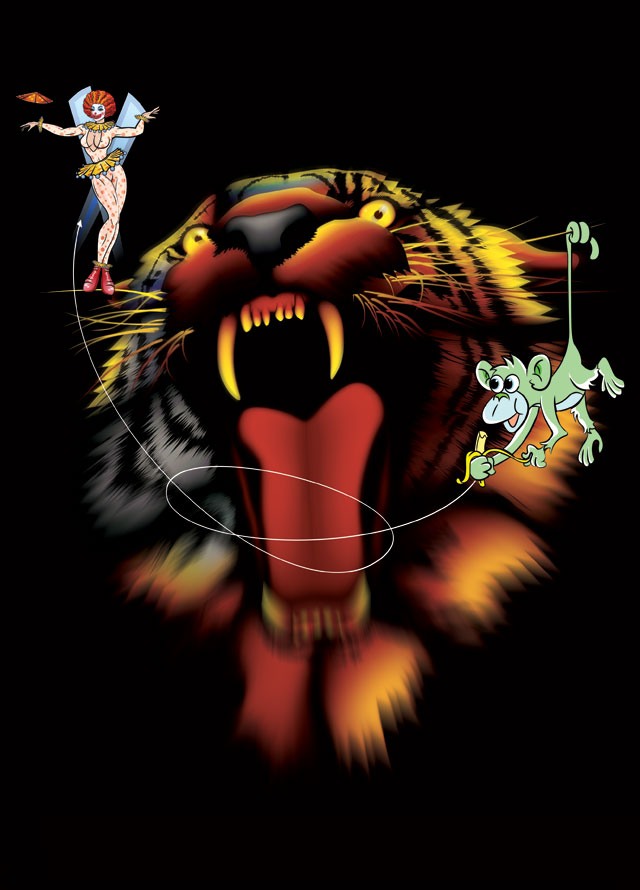 While Rick Valicenti did not attend the 2010 AGI Congress in Porto, Portugal earlier this month, we though you might like to see his response to their special exhibiition and book project: ‘Mapping the Process’. The AGI members were invited to illustrate and/or design their process. Rick’s is titled ‘F RISK Y and Sometimes Tongue Tied’ crafted entirely from purchased and heavily modified stock illustrations. 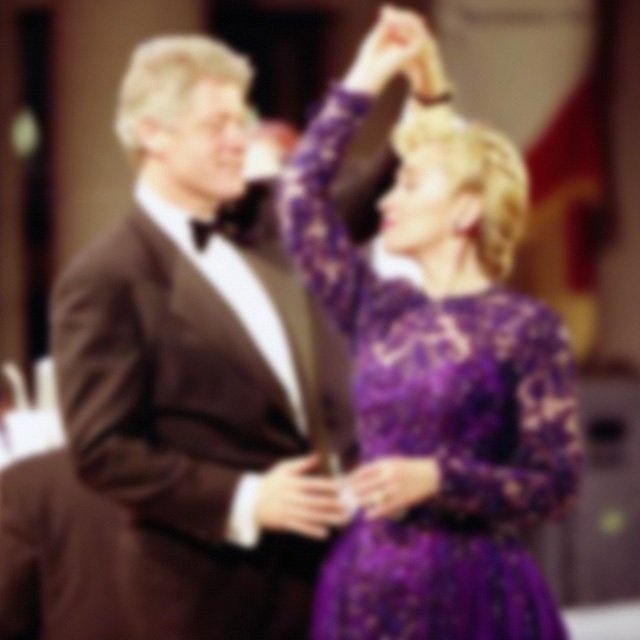 On March 17, 2010 Matthew Jacobson wrote this letter to Rick Valicenti:

2010 marks the seventeenth anniversary of Number 17 and in honor of that I am putting together a book as a surprise gift for Emily Oberman and Bonnie Siegler, the two founders (so if you run into them, don’t breath a word!).
I’ve already emailed their friends, family, current and former employees, clients, etc. And I received a good deal of submissions, including from luminaries Paul Sahre, Stefan Sagmeister, Maira Kalman, Marian Bantjes, and Kurt Andersen. That said, I want to include “SEVENTEEN STRANGERS” (or at least people who are strangers to them, but whose work I really admire and know they do/or would as well).
Here’s the assignment, if you’re up for it …
You are invited to participate by providing your unique perspective on the actual number 17 (not the company). Do something unexpected, beautiful, smart, cool, quick, fun, serious, or any combination thereof!

All memories of days gone by somehow seem to fade from clarity.

Thirst and Archeworks at the Venice Biennale, Aug 29

We just completed a looping video, Gather Give Grow, that highlights the program of Archeworks’ Mobile Food Collective (MFC) in an abstract and joyful way. Our video of the MFC premieres today in the U.S. Pavilion at the 12th International Architecture Exhibition of the 2010 Venice Biennale!

The Thirst Short, directed by Rick Valicenti and designed by Rick, John Pobojewski, and Bud Rodecker, will be in the U.S. Pavilion from August 29 through November 21, 2010 as one of only seven American projects in “Workshopping: An American Model of Architectural Practice” curated by the High Museum of Art, 306090, and the Peggy Guggenheim Collection.

Archeworks—a post-graduate design school in Chicago dedicated to advancing the public mission of design—is representing the U.S. in the 12th International Architecture Exhibition, which showcases American designers as civic catalysts. Archeworks is redefining the role of the architectural discipline, initiating collaborative projects that stake out new territory addressing urban design and social issues.

Outside the exhibit hall, Archeworks will do what we do best – workshopping. Highlighting the themes of the Mobile Food Collective, we will engage local residents in exploring our respective food cultures and heritage. Beginning on August 26 in Venice, our small team of design students will lead a three-day design workshop in partnership with architecture students from the University of Camerino in Ascoli Piceno. Archeworks initiated this unofficial programming to engage more directly with young Italian designers who want to respond to social issues through design.

From the Observation Deck
Michelle Litvin