A Selfie from Spencer 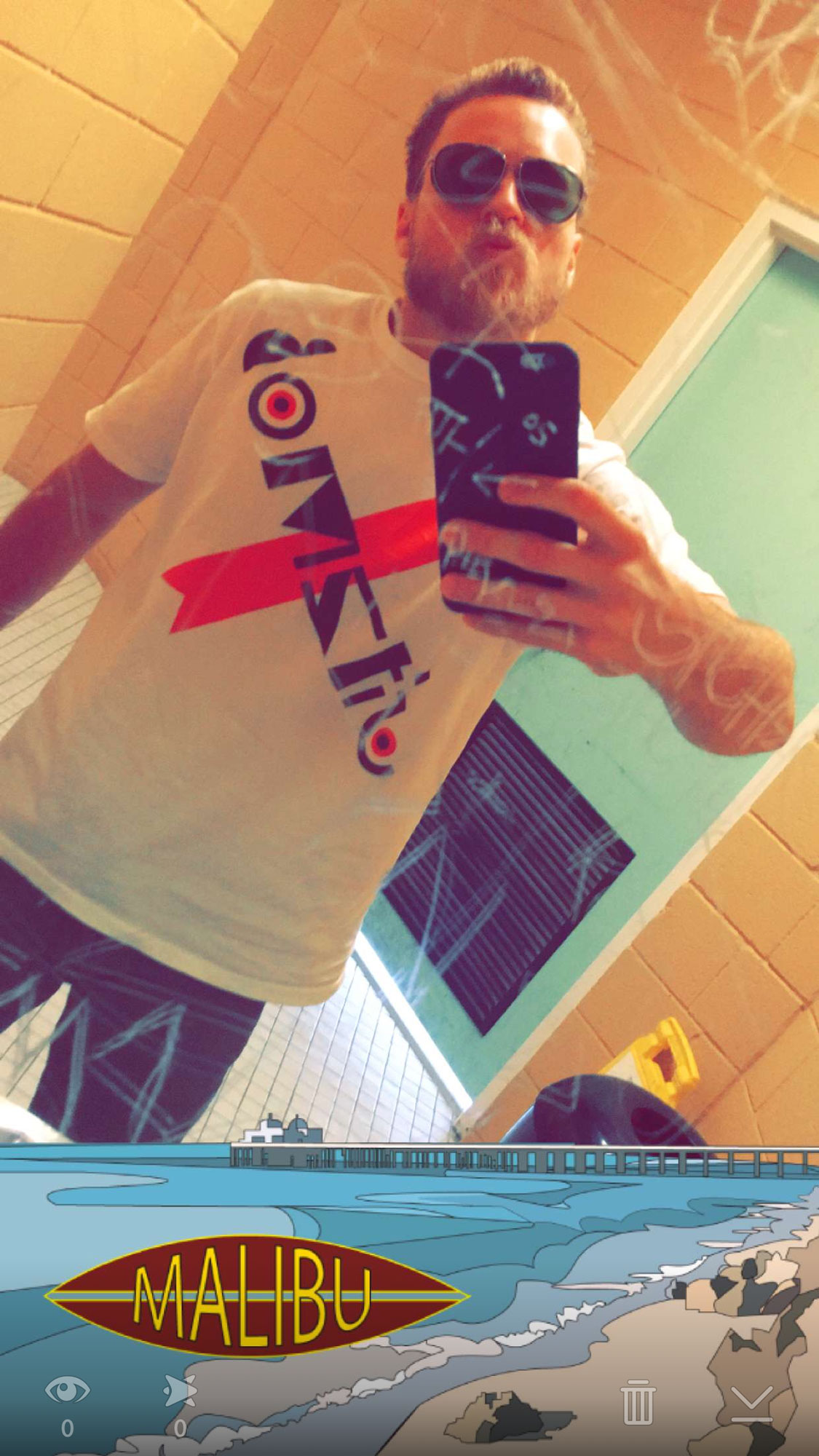 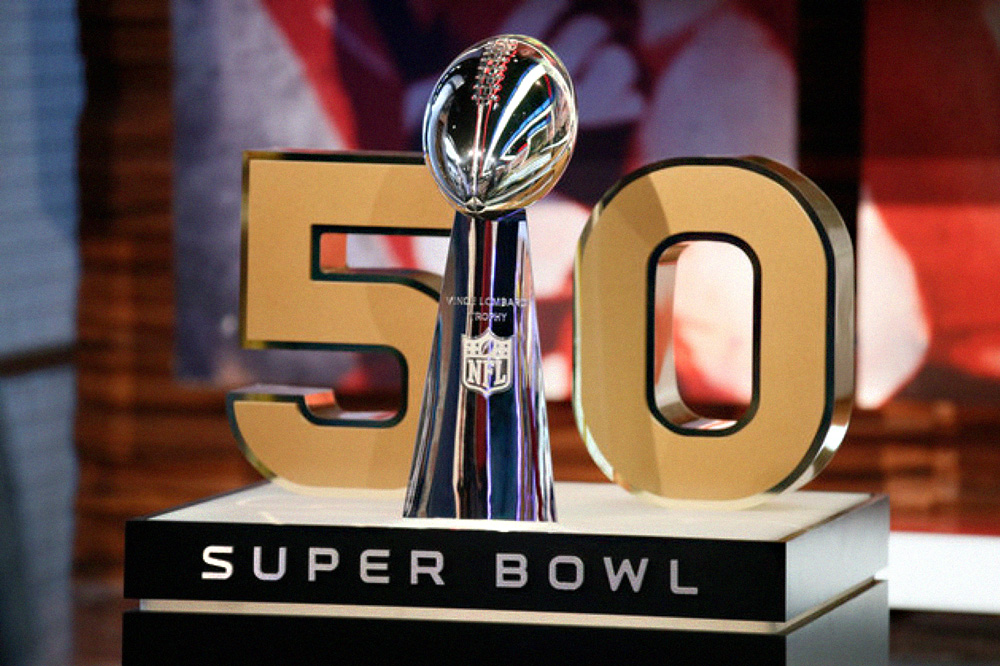 Orbit, designed by Rick Valicenti and Robb Irrgang for Fireorb way back when, continues to be the favorite display typeface of the NFL playoff season. (not certain what type is used for the number 50)

Interested in both performance and design, Beth Weaver / 3st created this year's A3 poster celebrating the work of ELAN Frantoio, a center for the arts located in Fucecchio, Italy run by Firenza Guidi. www.elanfrantoio.org. The poster features Beth's behind-the-scenes photos of performers and creative team members. 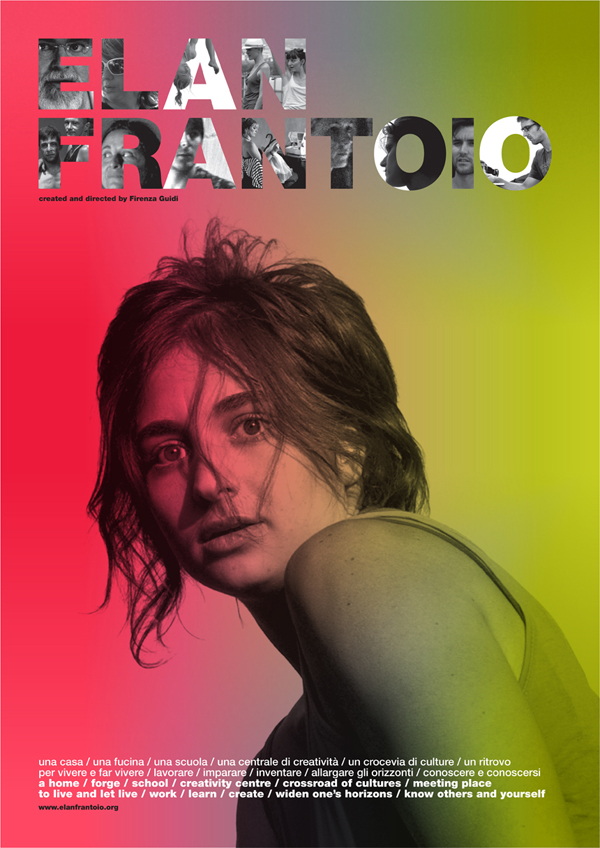 Before joining 3st, Weaver worked with Guidi for 10 years as designer and performer. 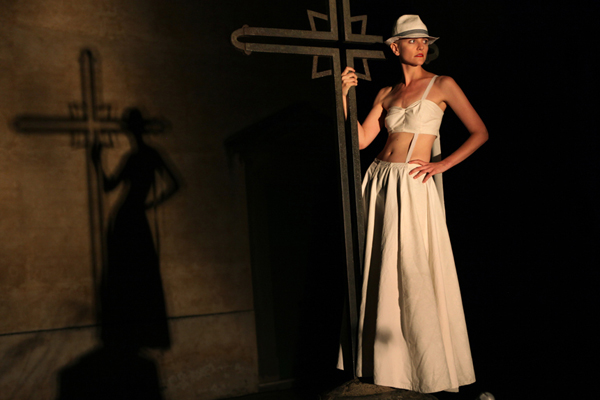 Weaver in Firenza Guidi's The True Outline of the World 2010 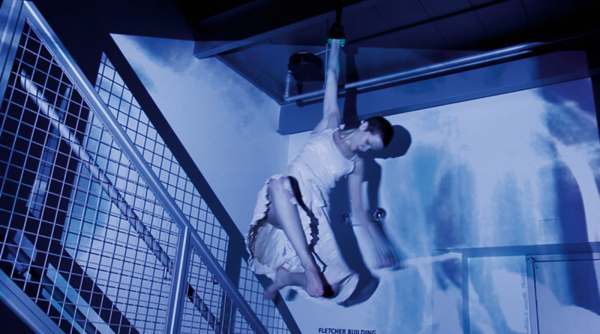 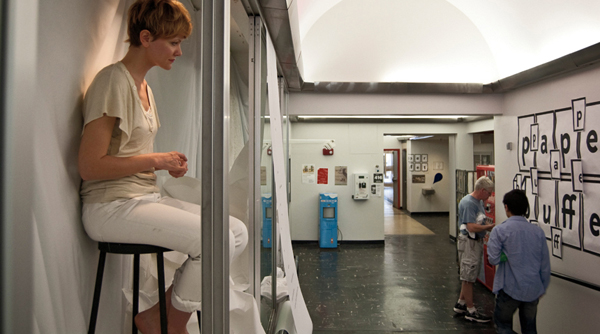 Love is in the Air!

Each year, Valentines Day is made a little sweeter for those who receive a Thirst-designed card from Jessica Lagrange Interiors. Beth Weaver/3st and Barb Valicenti produced today's precious keepsake. 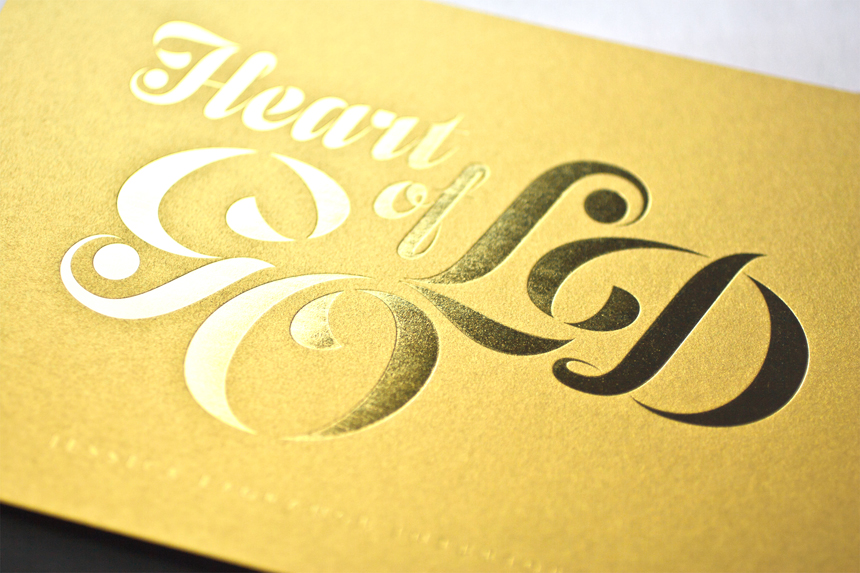 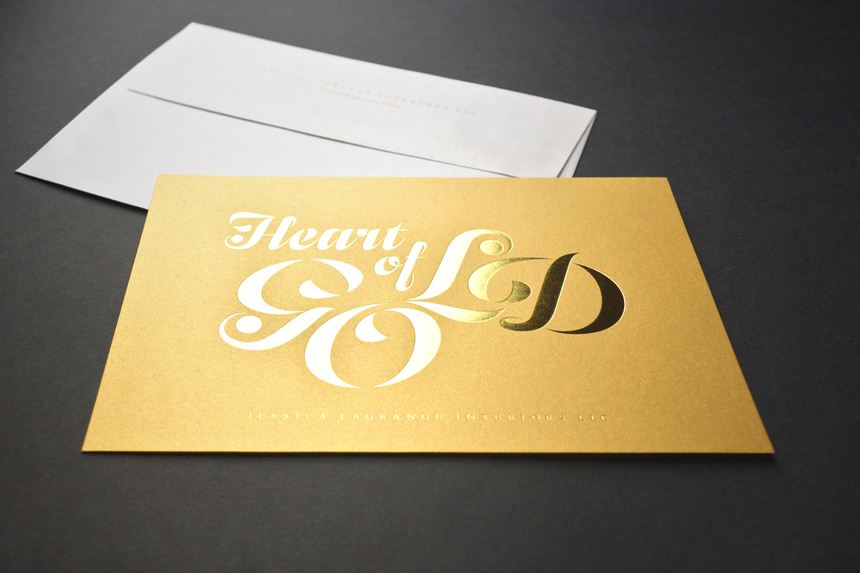 While in Beijing this past December working on Deep Breath, the Moving Design fresh air initiative, Baozhen Li/3st and Rick Valicenti curated and designed The Yellow Book, a collection of the most risque images sourced on China's restricted internet. Last week our Chinese host from Beijing visited and brought copies of the 192-page yellow book. Sweet! 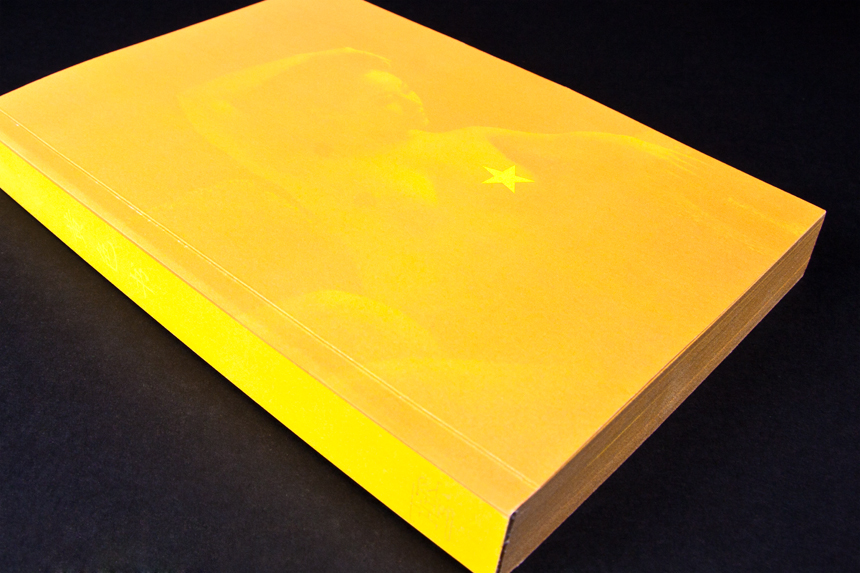 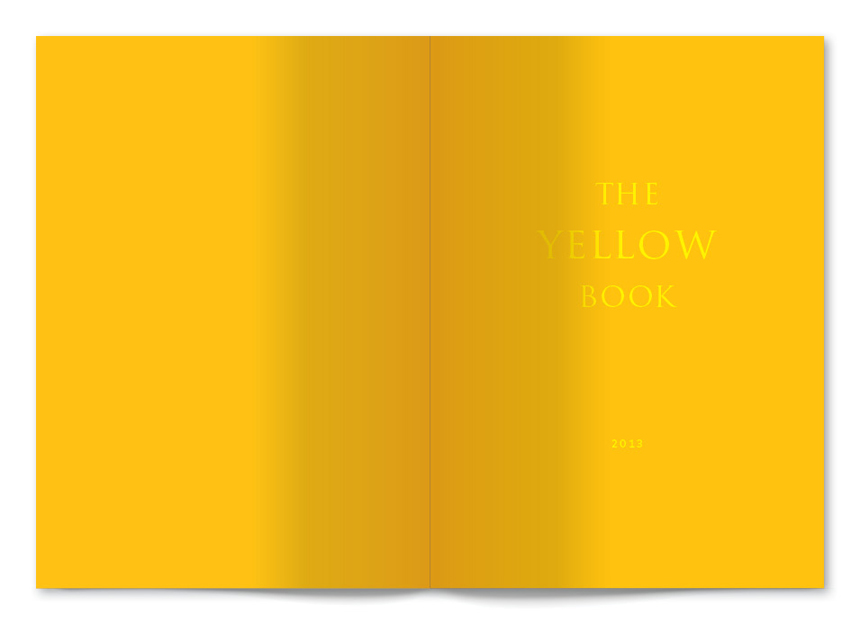 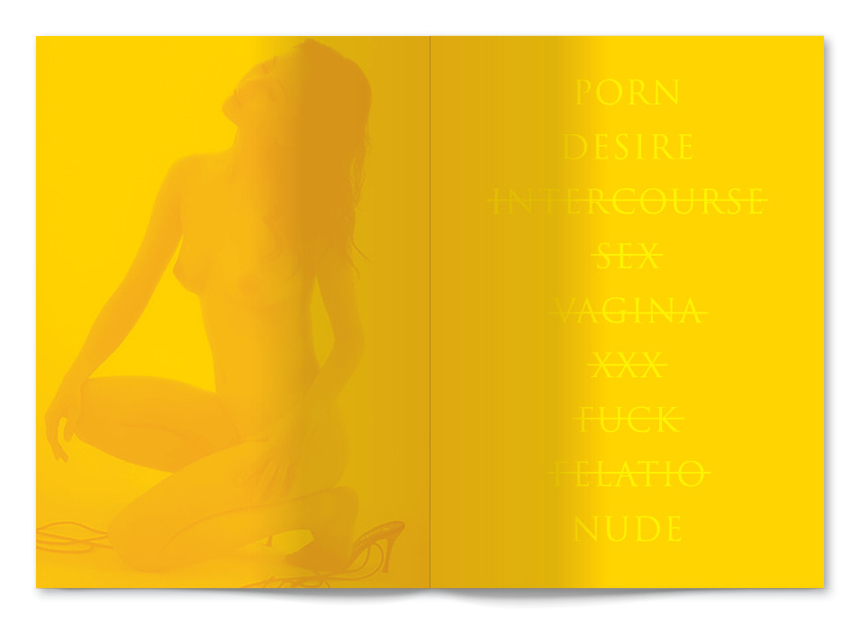 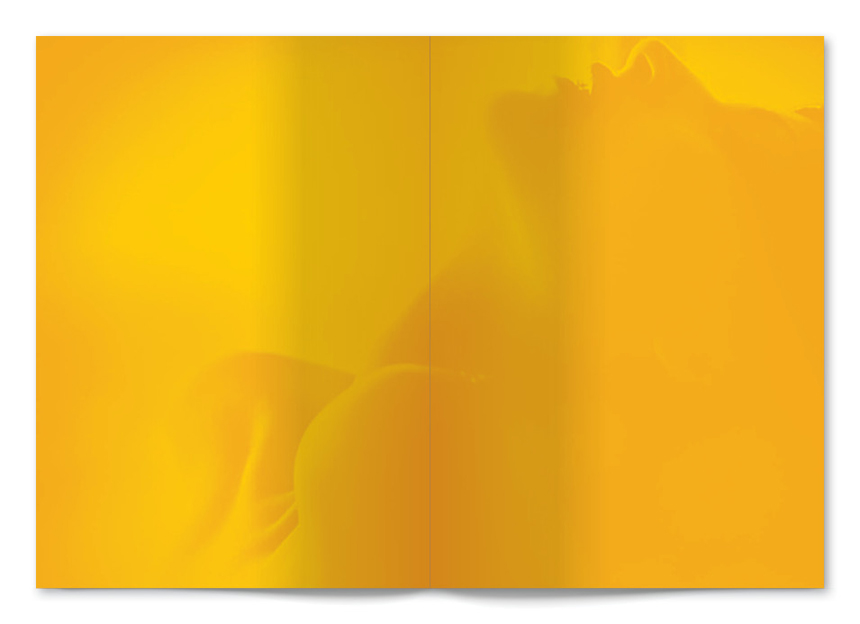 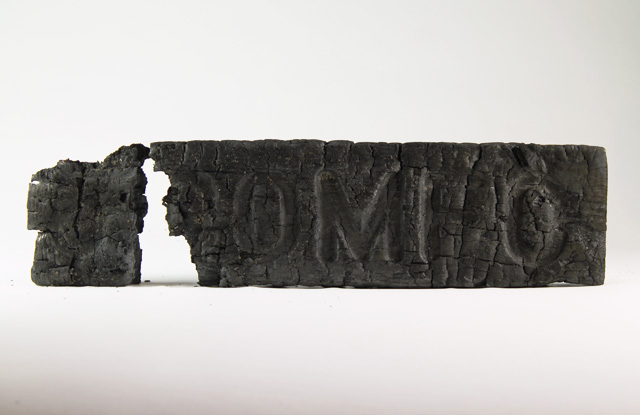 The 3st AiR program is proud to announce our second collaboration  — Discomfort According to Matthew, an installation within Hoffman’s Independence show at the Comfort Station in Logan Square, opening July 4th from 1-4pm. 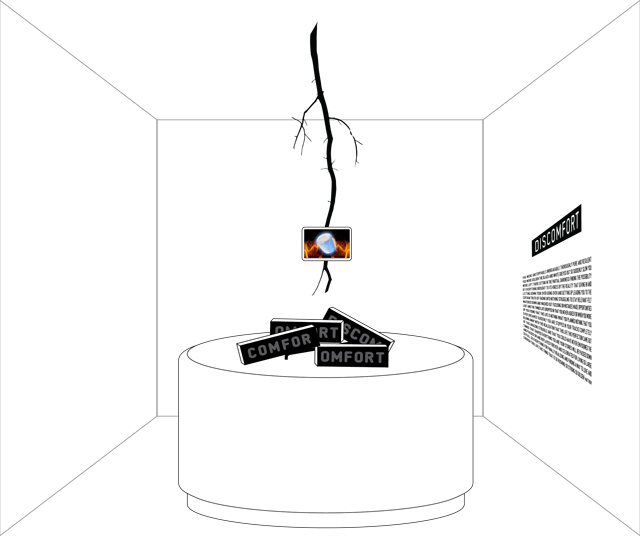 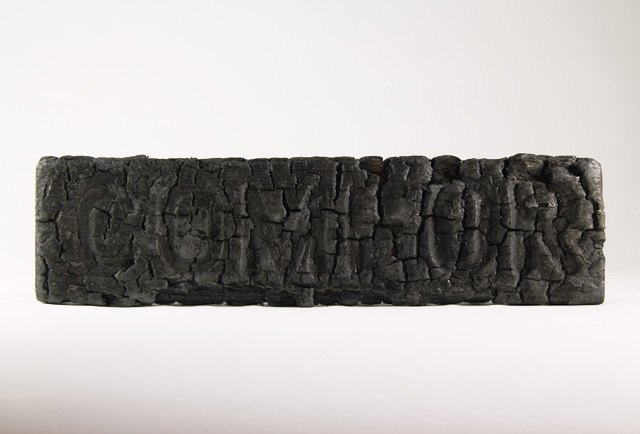 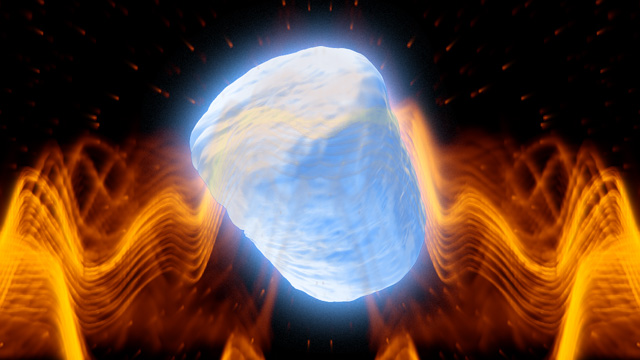 Matthew Hoffman’s verbal stream of consciousness on life and its many rites of passage is converted into a sonic flame which licks a single virtual marshmallow dangling over a 60″ x 30″ campfire setting. Perfection is forged throughout life.

Discomfort According to Matthew will be viewed in the context of a series of new Independence works by Hoffman, focused on the experiences tied to moving from one phase of life to the next. A Motivational Sign, pictured below. 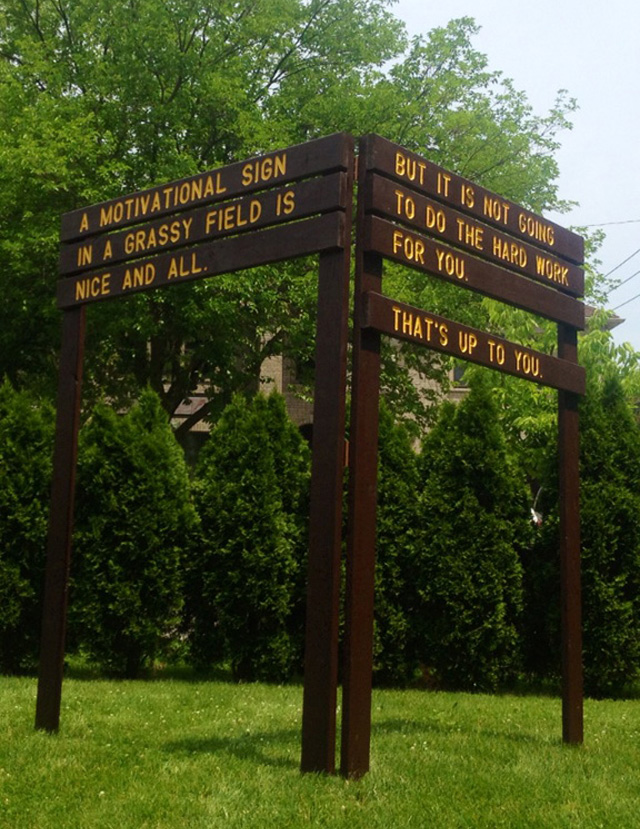 Matthew Hoffman is a Chicago-based designer and artist whose expansive portfolio has been exhibited internationally. This year, Matthew has decided to reveal himself to the world, taking ownership for the many projects he has produced under a series of aliases over the last decade. His ideas and work have been included in Good, the New York Times Magazine, and Ready Made. He has been published in a number of books by Gestalten, Droog, and Taschen, and was featured in a segment on the Oprah network.

We place great value in the works of those artists in our community who delight our imaginations and open our minds. Through the 3st AiR program, we have the privilege to work on 4 projects with a very energized Matthew Hoffman and indulge in the new creative opportunities that this collaboration brings to our studio.

The Biggest in the World 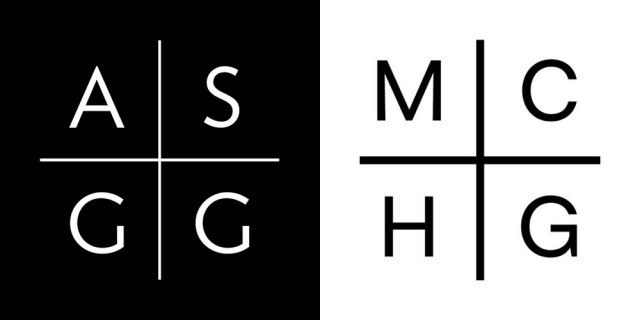 It seems the artwork for Jay-Z’s new album Magna Carda Holy Grail (right) has been separated at birth from our identity work for Adrian Smith and Gordon Gill (left), designed in 2006.

AS+GG are architects of the tallest buildings in the world, from the Burj Dubai to the to-be-built Kingdom Tower… Jay Z is the biggest star in hip-hop…

Magna Carda Holy Grail is to be released Thursday.

3st AiR: Always Be, A Collaboration with Matthew Hoffman 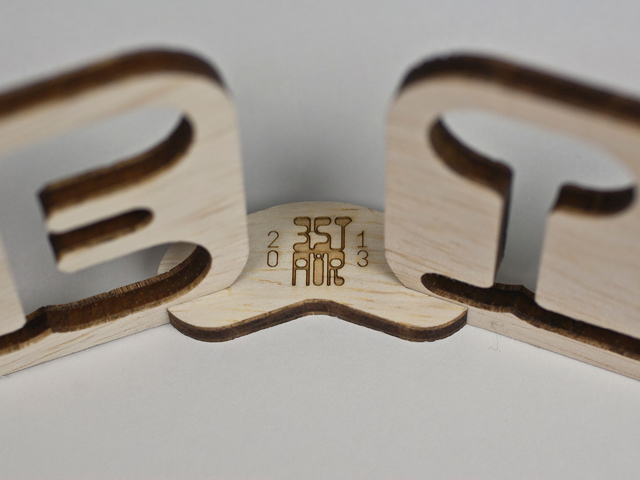 The 2013 Thirst Artist in Residence (3st Air) program is proud to offer the first of four collectable limited editions made in collaboration with the iconic Chicago artist, Matthew Hoffman, now available at the 3st AiR store.

Always Be, is available for download to 27 individuals (one with each of the 26 word sets, and one with the complete collection). Each letter in the alphabet stands for one word from our lexicon, so that you can set your own positive messages to share with the world!

The first limited edition of 26 is available for $125.

This edition includes:
_    a 26″ laser cut wood free-standing Always Be + Word display (one, per each letter of the alphabet)
_    a signed 11 x 17″ Always Be commemorative poster
_    the Always Be typeface in four configurations designed by Thirst in the manner of  Matthew’s own It’s OK mill cut letters

For tabletop display, Always Be can be linked with each letter using the nodule pictured above. The words can also be mounted flat for framing. The letters were laser-cut from large sheets of plywood.

3stAiR is also offering a one of a kind modular assemblage which includes all 27 panels along with a set of custom connectors.

We believe in the collectible value of Matthew’s art. Our collaborations with him aim to connect his artistic vision to our international design audience, providing exposure to his ideas and our projects together. Matthew’s work is already included in the private collections of Jamie Koval (VSA Partners), Dawn Hancock (Firebelly Design), and Rick Valicenti (Thirst/3st).

Learn more in our project archive

For the Beauty and Beast show at the Post Family on Thursday December 6, Rick Valicenti/3st is creating a hand-colored illustration in a limited edition of 72 coloring books. Below are 19 of the illustrations. The books will be available at the Post Family, published by 5×7. Own one for only $20!

Tonight’s the night! Join us at the Family Room (1821 W. Hubbard) tonight to see the installation. The art is moving fast!!

Make sure to visit the Beauties and Beasties website to view the entire series.

Beauty and Beast coloring books: The next set

For the Beauty and Beast show at the Post Family on Thursday December 6, Rick Valicenti/3st is creating a hand-colored illustration in a limited edition of 72 coloring books. Below are 18 of the illustrations. The books will be available at the Post Family, published by 5×7. Own one for only $20!

For the Beauty and Beast show at the Post Family on Thursday December 6, Rick Valicenti/3st is creating a hand-colored illustration in a limited edition of 72 coloring books. The books will be available at the Post Family, published by 5×7. Own one for only $20!

Tomorrow we will cast our votes, but tonight, we will celebrate the democratic process.

Stop by the Unisource Paper Show down the street, then join us in celebration of Election Eve, and walk through the archetypal portraits. There will be beer and snacks and plenty of great conversation.

US, Ark of the Archetypes: The Politics of Projection, explores 50 of the personas that the president embodies when he represents our nation. Stop by and see it during gallery hours, 10am-6pm Tuesday through Friday, through November 17th. See you tonight, starting at 6pm.

Come over and See US!

Rick Valicenti’s exhibition US, Ark of the Archetypes: The Politics of Projection has been getting a lot of attention! Beyond the Thirst blog, you can read about our event on the Chicago Design Museum website, or hop on over to Design Applause to read their article about it! We are also listed on creativepulsechicago.com, your source for all of the best art and design events in the windy city.

But it’s more than the press that love us. Here’s what some designers are saying.

I just by mistake saw your exhibit. Oh man. You are so cool. Congrats on that. Powerful. [And] its arranged in the shape of the US! Just like the logo. My god, too cool!!!!!!
Kevin A. Pence / Designer / Chicago

US, Ark of the Archetypes: The Politics of Projection, explores 50 of the personas that the president embodies when he represents our nation. Stop by and see it during gallery hours, 10am-6pm Tuesday through Friday, through November 17th.

Better yet, be there with Rick on November 5th for a pre-election event starting at 6pm.

Accolades for the Archetypes: Amazingly Groovy

US, Arch of the Archetypes: The Politics of Projection is getting recognized around the country and beyond for it’s visceral connection to the personas that our commander in chief embodies.

Rick Valicenti works his groovy magic on 50 presidential archetypes, invoking the spirit of Obama in a kind of watery reflection of expectation and reality. The ghost of presidents past, present and future, we hope.
Marian Bantjes / Designer, Artist, Author / Vancouver BC

Rick’s portraits are even making waves in some of the crucial swing states, as noted by design educator David Versluis from Iowa.

Considering the convolutions of current political and popular culture, artist/designer Rick Valicenti invites “U.S.” to come face to face with 50 archetypes of President Obama. With care and precision (and a bit of levity) Rick’s photo enhancements evoke the multi-dimensional personas that the President has embodied while serving under extraordinary challenges.
This collection of images goes beyond representing the familiar expression of “being all things to all people” and instead reflects a presidential effort to cultivate a cooperative political environment that honestly tries to include a wide range of everyman in society.
The installation design invites the viewer to look at ground level into the political, social, and cultural dimensions over which Mr. Obama presides.
(Indeed) President Obama would approve Rick’s message.
David Versluis is professor of design at Dordt College in Sioux Center, Iowa, a battle ground state.

Thirst has been recognized by three esteemed institutions for our work!

We were just notified that we were chosen to be included in Communication Arts Magazine’s 2013 Typography Annual for the work designed by Rick Valicenti/3st on last season’s Show Boat poster. Many thanks to Jackson Cavanaugh/Okay Type for his masterful typeface contouring, and Rogelio Guzman/Classic for the 3D modeling work.

The Society of Typographic Arts Chicago Design Archive also selected the Show Boat poster and eight other Thirst works from the past two years. Just over one quarter of the work admitted to the competition this year was Thirst’s!

And as the icing on the cake: the 2010-11 Loeb Fellowship Recipients’ was also selected into the University and College Designer Association’s 2012 Design Show along with the College for Creative Studies’ Undergraduate Recruitment Packet.

I know the perfect designer!

As summer comes to a close, so does our time with Romain André, intern extraordinaire! Both have ended much too soon. As he cruises out our front doors, we are saddened and gladdened, knowing that he will soon find an inspiring studio in which he can continue to explore his creativity and make real contributions within the Chicago Design Community.

RV on Romain André:
This summer I had the pleasure of working with a brilliant young designer from Paris who received his MFA in London.
His name is Romain (pronounced Roman) André and his four-month apprenticeship has come to an end.
I would love to see him in the best Chicago design environment as he is pound for pound the most creative and pleasurable designer I have worked with in years. If we were hiring, he would carry a Thirst card today.

Please reach out to Romain at bonjour@romainandre.com and welcome him to our design community.