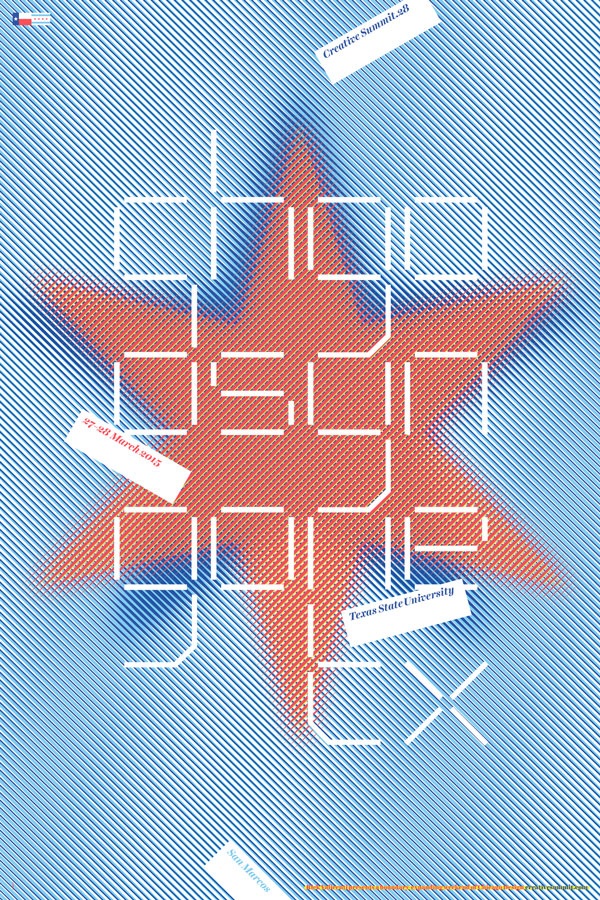 Rick Valicenti is heading south for the weekend for CHGO DSGN GONE TX, presented by Creative Summit #28. In addition to introducing the work of over 200 Chicago designers to over 500 design students, Rick will be joined by five Chicago designers as guest speakers on March 27–28 at Texas State University in San Marcos, Texas.

Creative Summit is a renown student competition and conference organized by Chris Hill. Since 1987, Creative Summit has awarded over $500,000 in scholarships during the conference to attending juried students.