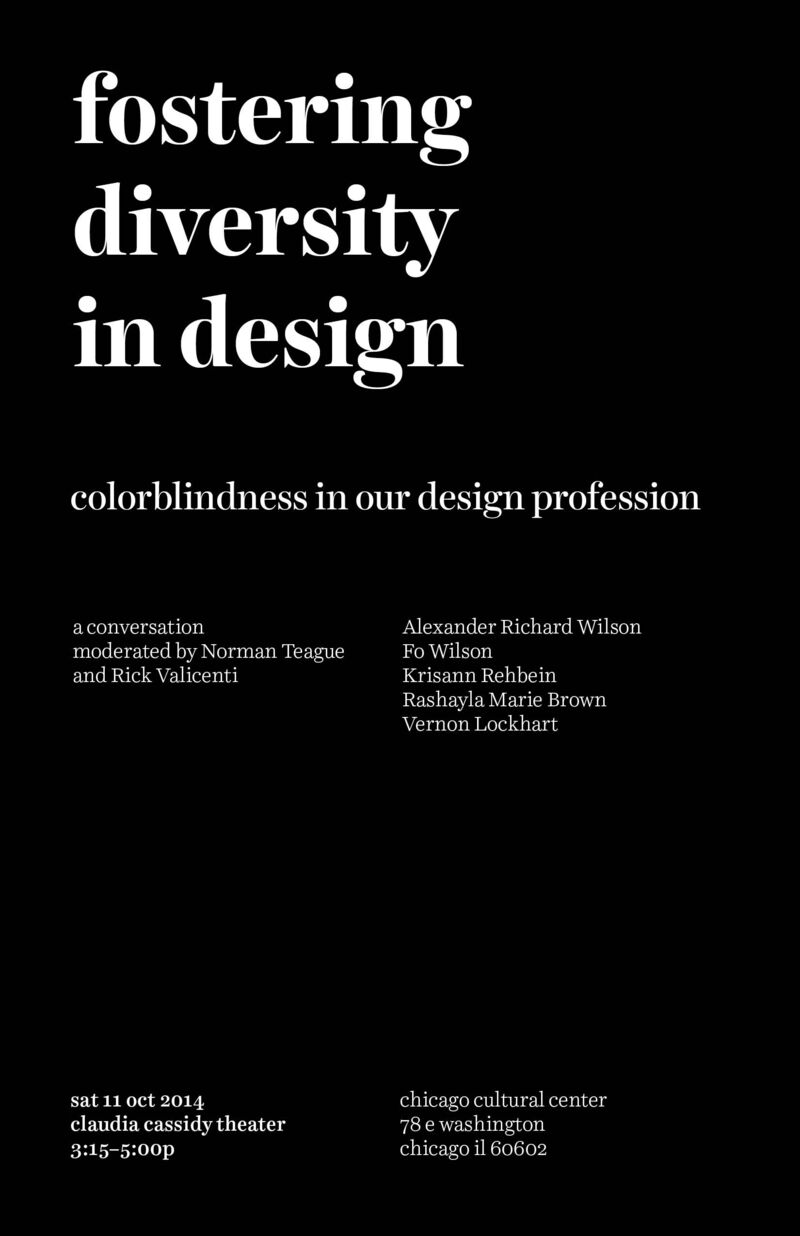 Following the final panel discussion as part of the CHGO DSGN series, join Rick Valicenti and Norman Teague for a conversation on the visibility of designers of color in the profession.

Alexander Richard Wilson is an African American minimalist artist studying architecture and designed objects at the School of the Art Institute of Chicago. Born and raised in St Louis, Missouri, he employs the emotions of American life, the tension in both unity and division in his works of art, and the respect for the human scale in his designed works. 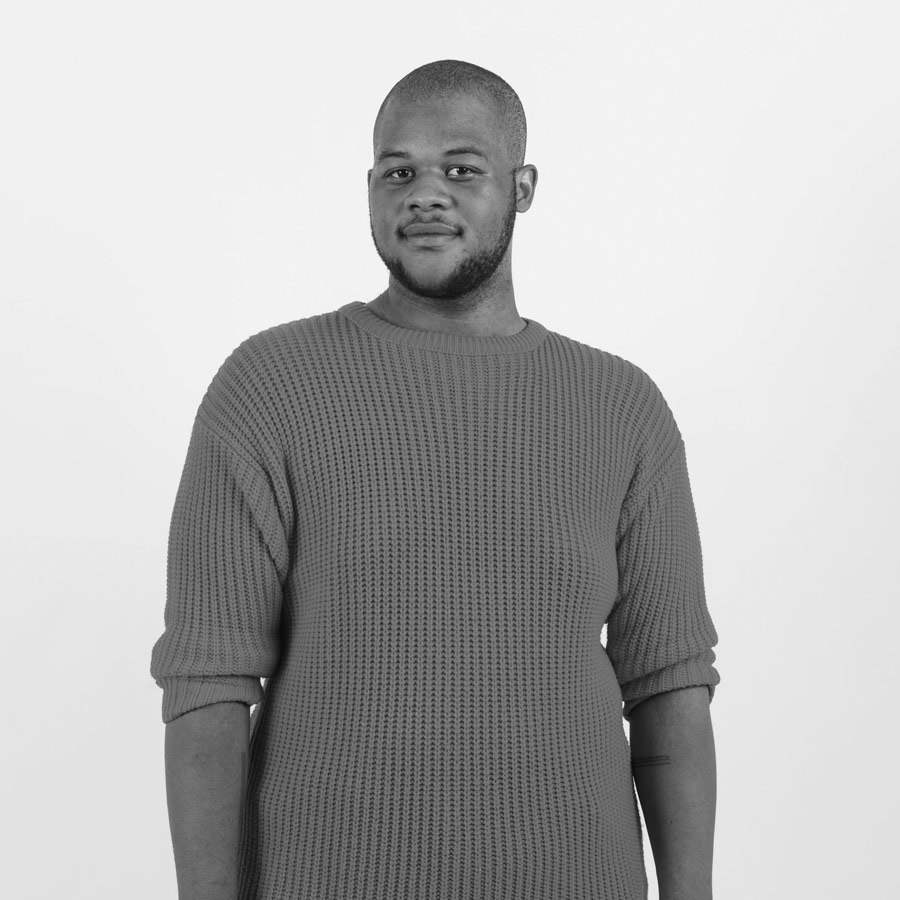 Fo Wilson graduated with an MFA from the Rhode Island School of Design’s Furniture Design program in 2005 with a concentration in Art History, Theory and Criticism. She is currently an Assistant Professor of Art in the Art + Design Department at Columbia College Chicago and is the 2013-14 inaugural Faculty Fellow for the Center for Black Music Research (CBMR) at the college. Prior to her graduate studies, she founded Studio W, Inc., a design consultancy with offices in New York and the San Francisco Bay area. Her furniture-based work is exhibited nationally, and her design work is included in the collection of the Cooper-Hewitt National Design Museum. 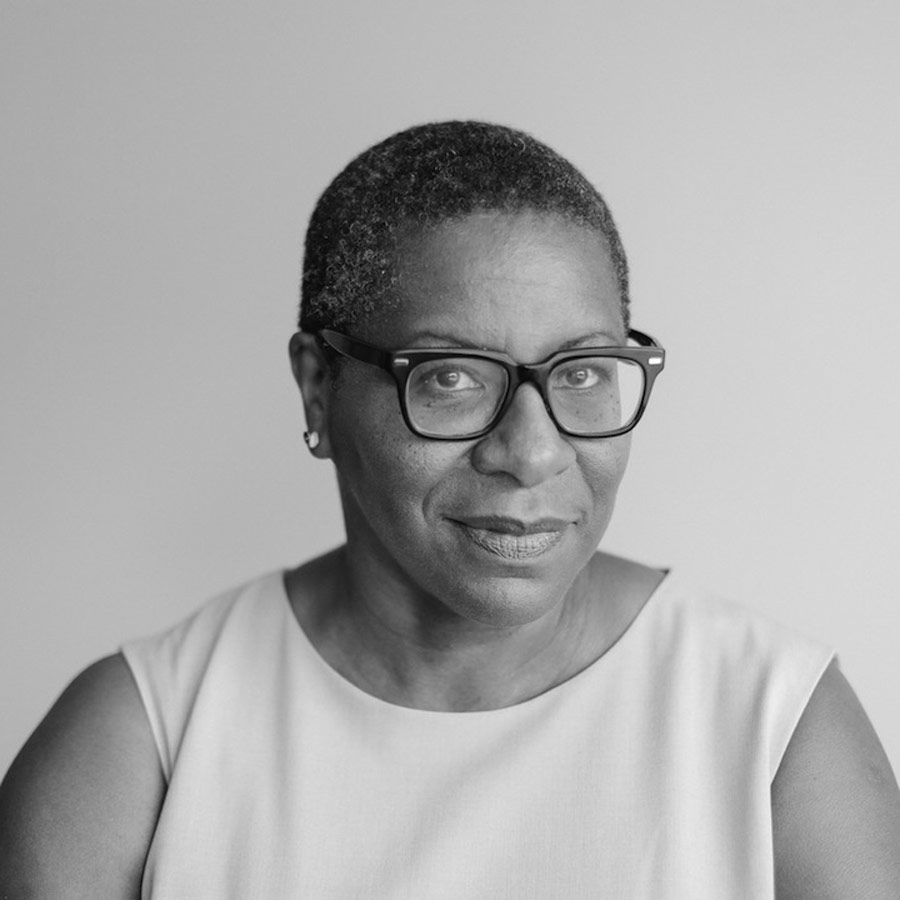 Krisann Rehbein is a design educator, advocate, and writer. She spent over a decade as a design educator at the Chicago Architecture Foundation, where she worked with teens from across Chicago Public Schools, co-wrote an architecture text for CPS high schools, placed students in paid internships at design firms and empowered community leaders to showcase their neighborhoods. Prior to coming to CAF, she spent several years as a grassroots organizer in Chicago, New York, and Pittsburgh. She has degrees in sociology from the University of Wisconsin and the University of Chicago. She currently is “Midwestern bi-coastal”, spending time between Chicago and her new home of Milwaukee. She continues to introduce teens to architecture and deisgn and is a contributing writer for Newcity.

Rashayla Marie Brown is an interdisciplinary artist, educator, and writer. Her practice spans across photography and image-making, performance, research, and community building. Her journey as a professional artist began as a radio DJ researching black British music in London, England and as the founder of the family-owned graphic design company Selah Vibe, Inc. in Atlanta, Georgia. Brown holds degrees in Sociology and African-American Studies from Yale University and in Photography from the School of the Art Institute of Chicago (SAIC). She has been awarded numerous fellowships and grants, including the Anna Louise Raymond Fellowship, Chicago Artist Coalition’s BOLT Residency, the Propeller Fund, and the Yale Mellon Research Grant. She currently serves as the Director of Student Affairs for Diversity and Inclusion at SAIC, fostering subversive narratives and access within and outside institutions. 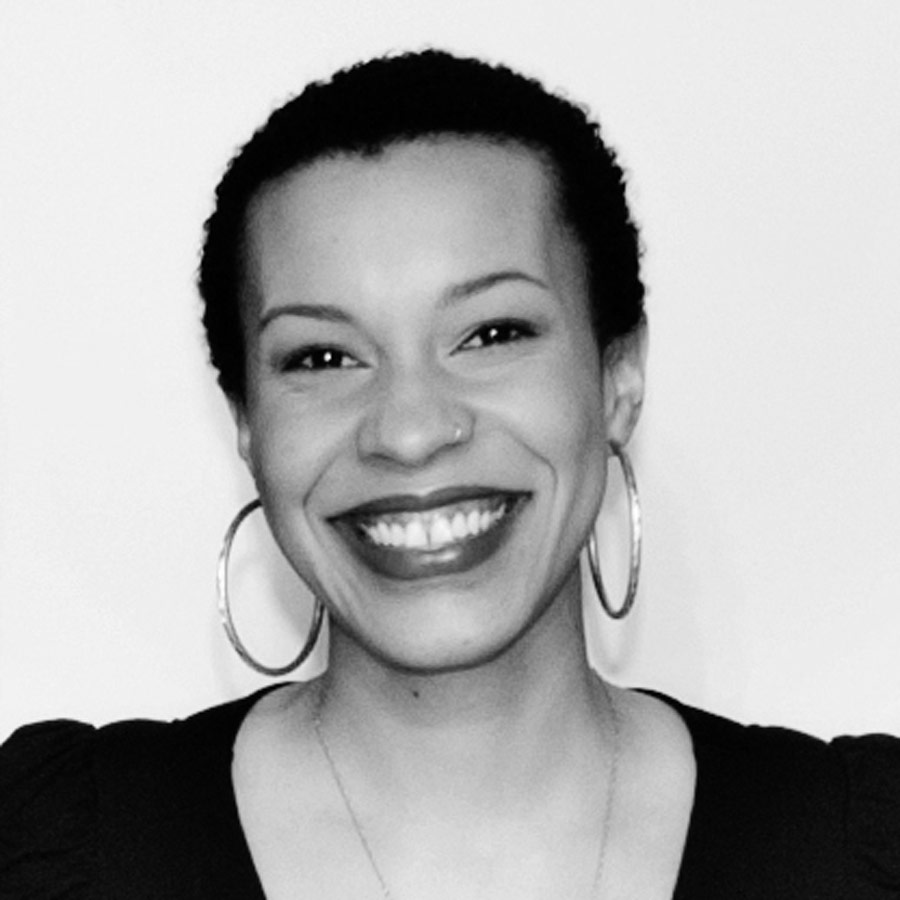 Vernon Lockhart is the founder and principal of Art on the Loose, Inc., a Chicago-based multidisciplinary firm that specializes in corporate identities, exhibitions, environmental and multimedia design. He is the recipient of awards and praise from many sources including: Print, Communications Arts, Graphic Design USA and Graphis. He also served on the AIGA Chicago Board as Community Outreach Chair. Vernon holds a BFA from The School of the Art Institute of Chicago and a business minor from Northwestern University. 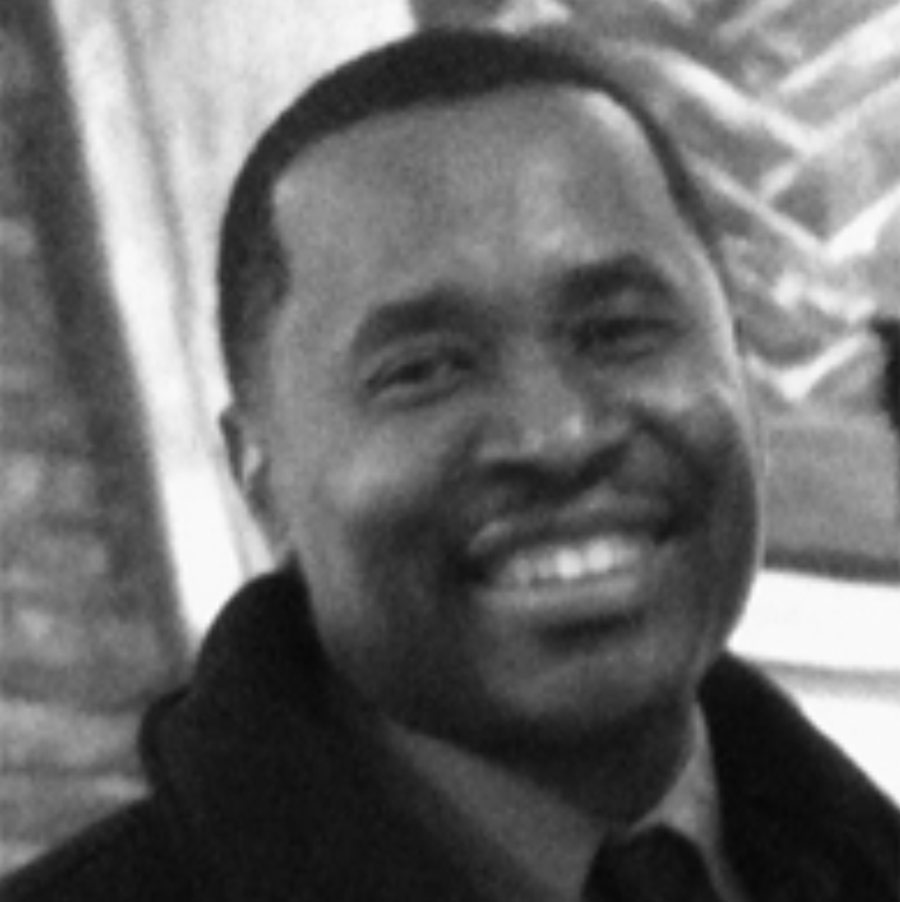