After 31 years, the design practice Thirst is closing. 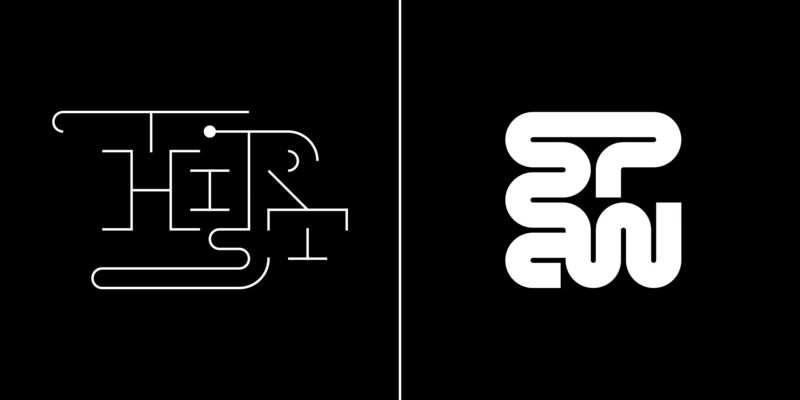 Thirst founder Rick Valicenti will begin again outside the current office with a network of local and global collaborators, while his former partners, John Pobojewski and Bud Rodecker, create a new design practice Span.

CHICAGO (December 30, 2019) – Chicago-based design firm Thirst is announcing it is closing on December 31, 2019. Thirst is a communication practice providing design and immersive environments for high-profile clients in the architectural, performing arts and education communities.

Effective January 1, 2020, Valicenti, recipient of the 2011 White House Smithsonian Cooper Hewitt, National Design Award for Communication Design, will evolve his practice as a new consultancy under the name Rick Valicenti, to engage in more challenging collaborative opportunities and widen his creative output by producing and directing more independent projects.

Also effective January 1, 2020, John Pobojewski and Bud Rodecker, trusted partners and collaborators, will continue the energy of Thirst as co-founders and design directors of a new studio called Span. They will be advancing their well-honed approach to design, typography, and technology within the same Thirst location with most of the same creative team. The two partners confirmed that their current client relationships will continue with the transition to Span.

The decision by the three partners was in the name of each evolving their design focus forward. “As a design practice, Thirst has fulfilled its ultimate goals, and by stopping work under the moniker Thirst, its moment in time can be captured… a recognition of lightning in a jar,” said Valicenti. “New opportunities exist for each of us that could not exist under the business model of Thirst.”

Pobojewski and Rodecker commented, “The Span business model will be familiar to clients and fans of Thirst … we will be leading projects that continue to have a focus on design, the pursuit of big ideas and projects that are experimental in nature. We’re looking forward to building a new reputation for our team that reflects the incredible talent in this studio. We’re excited to take this great collection of some of Chicago’s best emerging designers to create the work of tomorrow.”

Thirst will mark this significant moment by archiving its 30-year legacy of award-winning work at prestigious, national arts and research institutions. Among them, The Newberry Library (Chicago); The Ryerson and Burnham Libraries, The Art Institute of Chicago (Chicago); The Cooper Hewitt, Smithsonian Design Library (New York City); The Herb Lubalin Study Center, The Cooper Union (New York City); and Letterform Archive (San Francisco). Valicenti notes, “The curators of these archives recognize the importance of Thirst in the history of graphic design … a studio that traversed the analog to the digital. Thirst has been an integral part of the international design discourse—contributing work on five continents.”

Rick Valicenti founded Thirst in 1988 to better define the essence of what was emerging as a forward-leaning design practice called R. Valicenti Design. As Thirst, Valicenti, along with over 100 collaborators, served highly visible clientele in the design, civic, and cultural communities. Valicenti invited Pobojewski and Rodecker to the firm in 2004 and 2008, respectively. While at Thirst, Pobojewski and Rodecker designed visible projects in collaboration with Valicenti for clients including Studio Gang, IIT College of Architecture, SOM and the Chicago Symphony. Over the years, Thirst received virtually every international design award recognition, and Valicenti accepted the AIGA Medal (2006) and the Smithsonian Cooper Hewitt National Design Award (2011).

Valicenti will have a presence in the Span studio through 2020, and the three former partners see the potential for future collaborations. After 39 years of practice inside a studio setting, Valicenti said, “I am looking forward to maximizing my creative independence towards the more challenging projects and curiosities ideally suited to my approach and vision.” Valicenti plans to make a more dramatic announcement defining the scope of his new practice on April 1, 2020, a date that marks the 40-year anniversary of opening his first design firm.

Rick Valicenti was most recently former founder and design director of Thirst, a communication design practice providing design and immersive environments for high-profile clients in the architectural, performing arts and education communities. His work has been exhibited at the Museum of Modern Art (MoMA) and resides in permanent collections of the Newberry Library, Columbia University Rare Books Library, Denver Art Museum and the Art Institute of Chicago, and has been published in The New York Times along with a mid-career Monacelli Press monograph. The White House honored Valicenti in 2011 with the Smithsonian Cooper Hewitt National Design Award for Communication Design. In 2006, he received the AIGA (American Institute of Graphic Arts) Medal, the highest honor of the graphic design profession, for his sustained contribution to design excellence and the development of the profession. Valicenti is a former president of the STA (The Society of Typographic Arts) and is a member of the AGI (Alliance Graphique Internationale) since being invited to join in 1996. In 2004, he was recognized as a Fellow of the AIGA Chicago. From 2011 through 2015, Valicenti served on the Art Institute of Chicago Architecture and Design Society under curator Zoe Ryan. In 2014, Valicenti curated CHGO DSGN for DCASE at the Chicago Cultural Center, the first exhibition of recent graphic and object design. For the past two years, Valicenti has been an adjunct professor at The School of the Art Institute of Chicago. In 2017, he was appointed Artist-in-Residence at Loyola University of Chicago. Annually, he conducts design initiative thesis critiques at the Rhode Island Institute of Design, Bowling Green State University, and in previous years, Cranbrook Academy, California Institute of the Arts, University of Illinois/Urbana-Champaign, Northern Illinois University; in addition, he led a two-year Moving Design initiative at the Beijing Institute of Fashion Technology on the lack of fresh air, Deep Breath in 2014-2015. Valicenti has publicly presented his work through lectures, workshops and critiques on the design industry to more than 100 professional and college audiences on five continents including the Chicago Humanities Festival.

Span is a studio crossing the boundaries of communication design in all mediums. Its practice is focused on challenging expectations with wit, logic, and a playful spirit. Span believes in the bold pursuit of exploration, thinking beyond expectations through imagination and visual experimentation. Blending typographic discipline with fearless expression, their mission is to elevate the role of the visual message in both culture and community. Span takes the long view—in every gesture and every project. Co-founders John Pobojewski and Bud Rodecker have 25 years’ shared experience at Thirst shaping brand strategy and award-winning design for high-profile clients in the design, cultural, and civic communities. Pobojewski focuses on intermedia and the blending of brand, interactive, sound motion and environments. Rodecker, an adjunct professor at DePaul University, explores the space between logical constraints and formal play, balancing form with meaning. He is interested in systems and processes with the potential to create design. The Span co-founders are joined by a team of uniquely talented designers, photographers, 3D animators, illustrators, programmers, musicians, typographers, and educators. In addition to client projects, Span prioritizes the cultivation of new ideas through self-initiated, conceptual work that bridges different ways of thinking and challenges expectations about the role of design.