Thirst on Display 3 of 3… at the Cultural Center 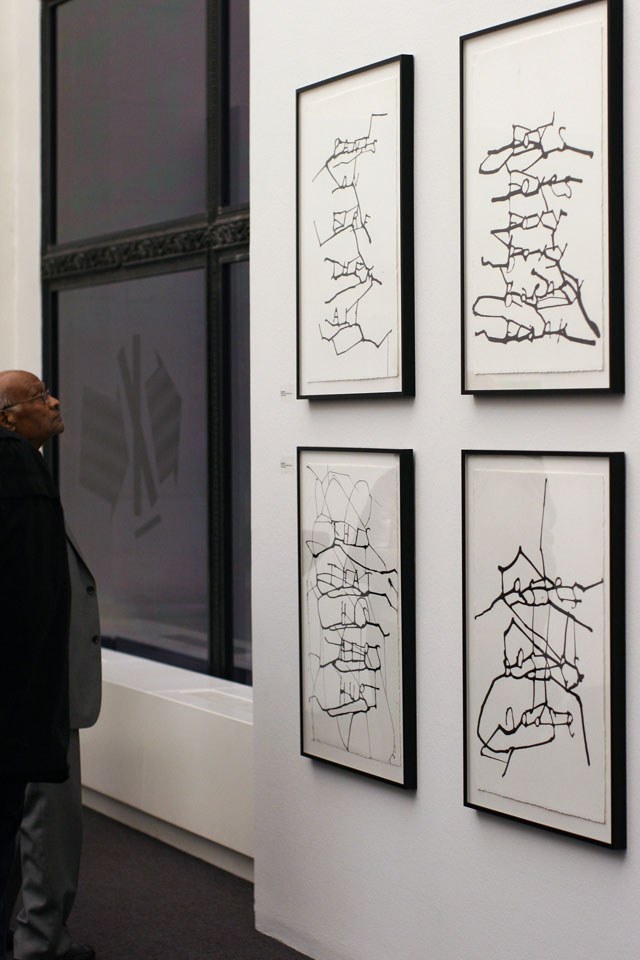 Rick Valicenti, John Pobojewski, and Bud Rodecker have new work on display in Write Now: Artists and Letterforms, a major exhibition at the Chicago Cultural Center, presented by the Chicago Department of Cultural Affairs and Special Events, in partnership with the Chicago Office of Tourism and Culture.

The exhibition showcases a diverse range of recent works by more than 60 Chicago artists utilizing letters and text in a wide array of mediums through April 2012.

The four sumi ink drawings come from a recent series of stream of consciousness word associations triggered by the economic downturn and political/media response.

Valicenti drops ink on heavy Fabriano paper and simply moves the paper encouraging the ink to draw on its own with gravity. While the messages Valicenti focuses on are simple and delightful to say, the issues he speaks of are considerably more complex and messy. 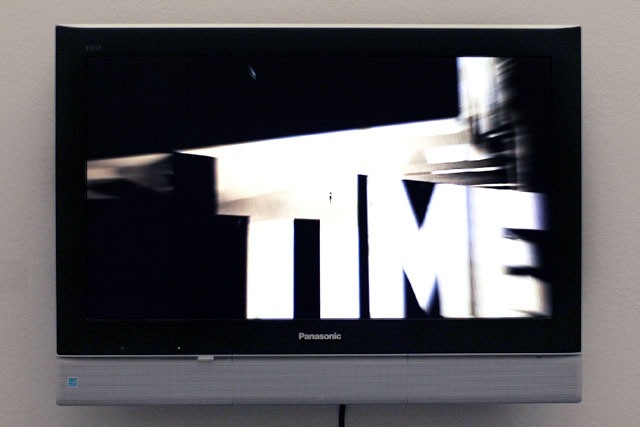 Pobojewski reminds us that “as human beings we search for meaning in our lives, focusing attention on various keys along the search for truth. As time goes on and the video continues, the areas of focus stack on top of one another as the pile grows higher and higher on common ground.

In addition to the video, Pobojewski has two 24 x 36″ images which reveal through typography how much is shared between cultures.

The script words ‘Salam’ (in blue Hebrew) and ‘Shalom’ (in green Arabic) are woven together like a basket. S-L-M is the triconsonantal root of both Sal?m and Shalom, and has been used throughout history as a sign of peace between the two cultures. 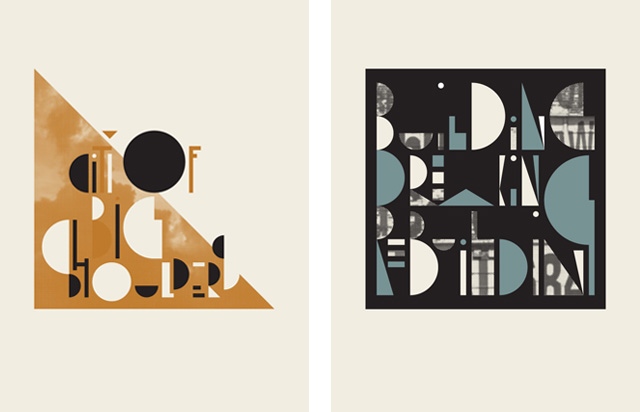 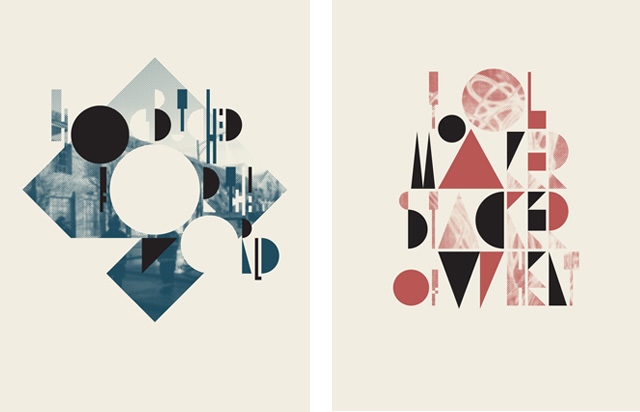 Bud Rodecker displays his Ode to Carl series of silkscreen prints created in early 2011. The passages are from Carl Sandburg’s poem “Chicago” and pays homage to Chicago’s roots, honors Carl Sandburg and brings his words to a new audience.

“Come and show me another city with lifted head singing so proud to be alive and coarse and strong and cunning.”