Rick Valicenti was commissioned to design the graphic identity for Exhibit Columbus, an annual exploration of architecture, art, design, and community that alternates programming between symposium and exhibition years. Columbus, Indiana is home to a vast collection of seminal architecture and design. The Exhibit Columbus Curatorial Team directed Thirst’s design process and encouraged a re-expression of mid-century optimism and a presence in this moment. The Team also requested the graphic system be aligned with both Alexander Girard’s color palette for the Miller House and Garden’s interior, and Paul Rand’s enduring identity program for the Columbus Area Visitors Center. Valicenti was joined by Taek Kim and Thirst for the implementation.

The inaugural 2016 symposium for Exhibit Columbus, “Foundations and Futures” welcomed Internationally-recognized experts along with community leaders who helped build and maintain Columbus’ landmarks. The 2017 inaugural exhibition featured winning works for the five J. Irwin and Xenia S. Miller Prizes of temporary architecture or art. Other components of the exhibition included installations created by students from universities and Columbus schools.

24 x 36” poster triptych for the announcement, symposium and exhibition.

Representative pages of the symposium website. Designed by John Pobojewski and Taek Kim.

Letterpressed coasters for the local restaurants

6’ foam altar piece for day-2 of the symposium held in the First Christian Church designed by Eliel Saaarinen,1942. Designed by Jonathan Nesci and Rick Valicenti.

As every identity program needs tote bag, this identity requires a bookend.

Thirst presented six graphic directions to the Exhibit Columbus Curatorial Team to jumpstart the conversation and focus the decision making. Each of the approaches and titles underscored specifics of the design brief.

Before final approval was awarded to this design direction, Thirst was asked to present a hypothetical evolution of the design. 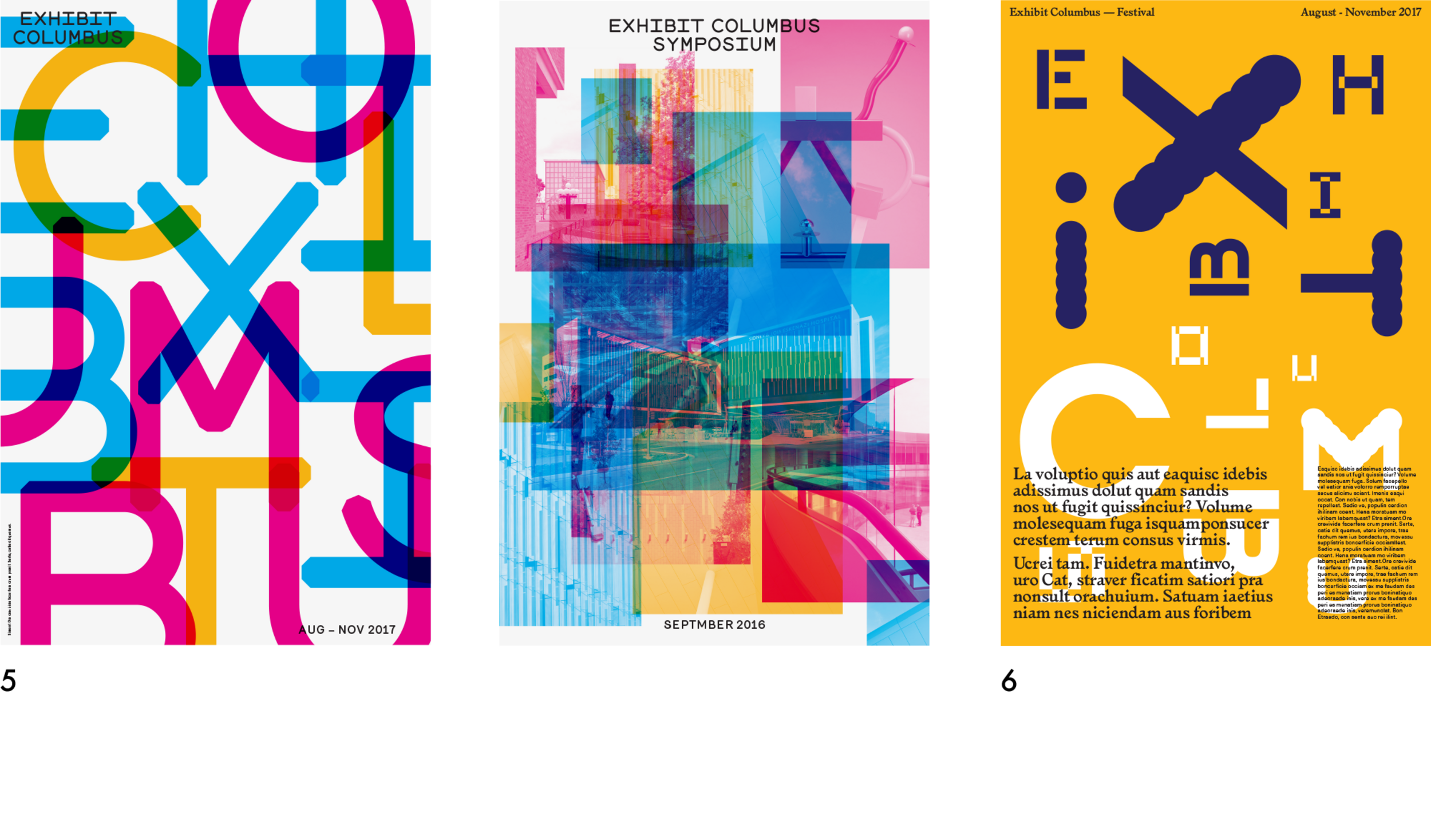 In 2014, designer, Jonathan Nesci, presented 100 Variations, New Reflections on Eliel Saarinen and the Golden Ratio, an installation in the sunken courtyard of the First Christian Church by famed architect, Eliel Saarinen. Produced by Indianapolis-based curator, Christopher West, with support from the Columbus Area Visitors Center, Columbus Museum of Art and Design, and the Haddad Foundation, 100 Variations stood as the pilot project for Exhibit Columbus.

Jonathan Nesci (Chicago, b.1981) is a furniture and exhibition designer based in Columbus IN. Nesci was the recipient of a Best Use Of Material, Wallpaper Design Award, 2009, for his Library Bookcase, a wall-mounted shelf in polished aluminum that was recently acquired into the permanent collection of the Indianapolis Museum of Art.