Richard and Julie Wright, Chicago's premier modern art + design visionaries, wanted to reposition their auction house with distinction and historical relevance amongst the collection community. We designed an award-winning identity and typographic system, as well as a holistic automated workflow for Wright's publications that allows a design staff of one to ship over 5,000 pages of catalog work annually to the world's most discerning audience. Wright's catalogs have become renown (and coveted) for their authority, typographic sensibility and elegant art direction.

Catalog spines feature a specifically cropped logo, helping Wright "own the bookshelf" of collectors as their archive grows.

Concept and art direction for special publications, in close collaboration with Wright's design team. A selection includes Case Study House in Los Angeles, the Esterick House outside of Philadelphia, or the Utopia private collection.

Owner Richard Wright speaks on the value of working with Thirst.

Typographic variety establishes a unique voice for every catalog — allowing every page to be on brand and yet stand alone.

Since Wright was already known for having unique catalogs, we believed Wright needed to position themselves as the collector community's fashion house: treating each auction as a new "line." The catalog became a unique opportunity to make a visual splash, while Wright established a market for artists and designers like Nakashima and Bertoia.

Richard and Julie wanted to signal that they were making a change, after 7 years, using design to signal an evolution of who they were and where they were going. The new typemark began by considering the original Bodoni cut by Vignelli and Carnesse, and shifting the typographic aspects: lowercase became capitals, roman become italic, regular weight became extra bold.

From there, the proportions were rendered by a modern hand, infused with today's vitality and a forward momentum.

A diverse typographic voice was key to expressing the eclectic nature of the collections Wright was offering. Three typeface families were chosen because of both their historic relevance and modern sensibilities: Bau, by Christian Schwartz, was a modern cut of the historic Swiss typeface Grotesk. Freight, by Joshua Darden is an elegant serif with a ton of flexibility and expression. 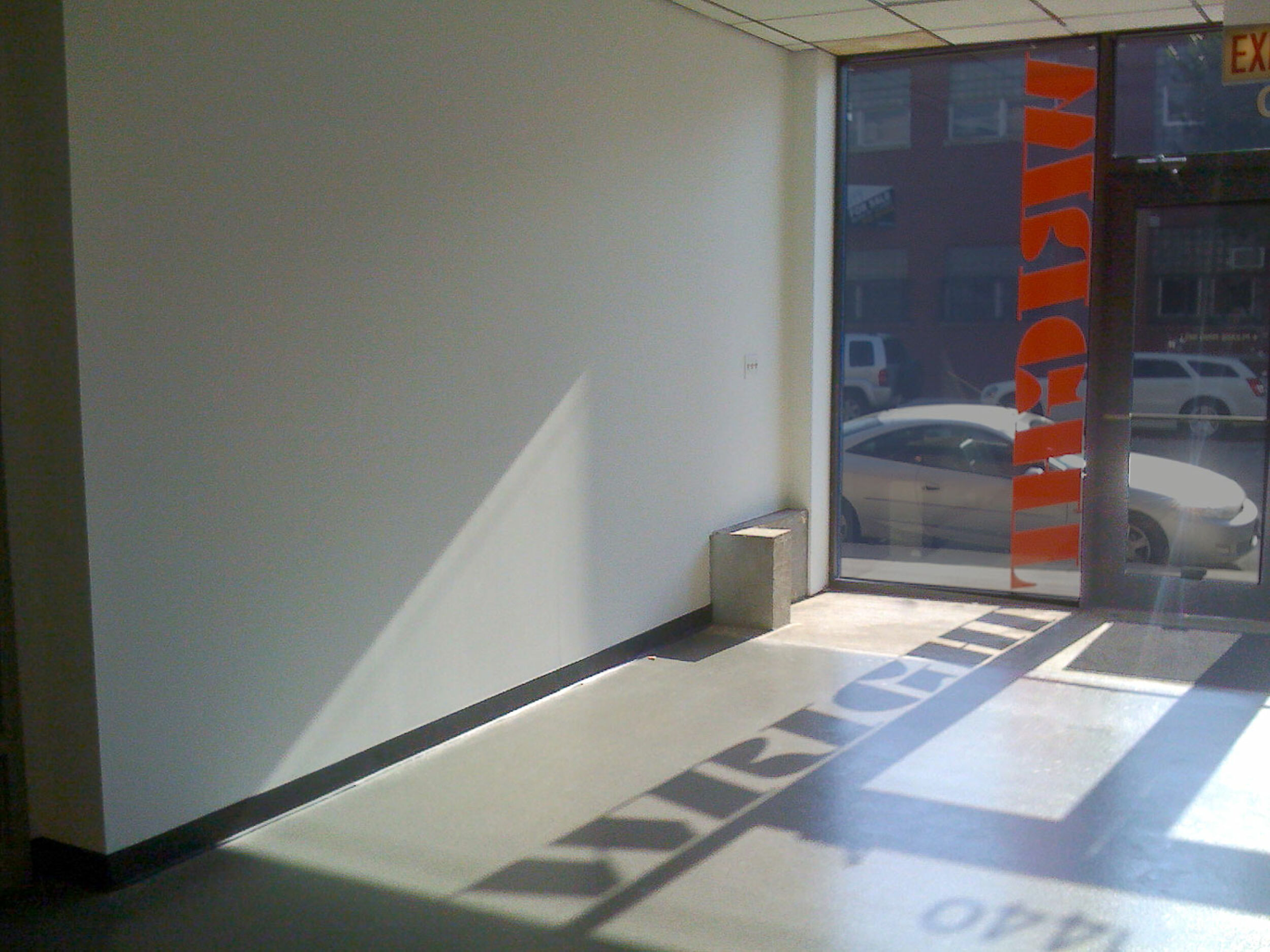